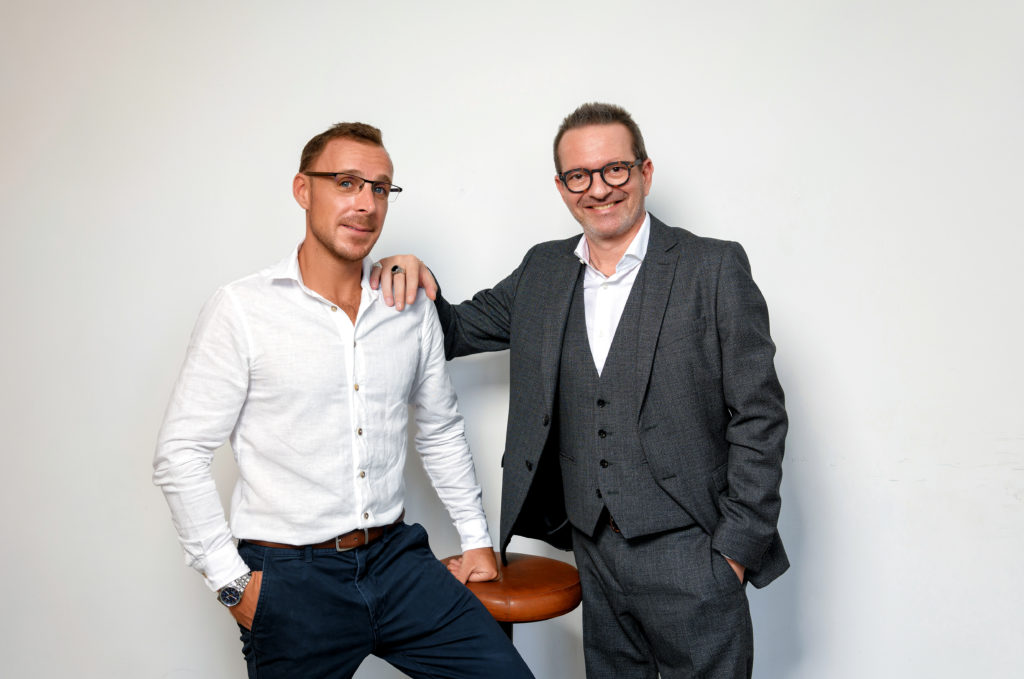 Meet the co-founders of Netlab

From left: Ludovic Balloux and Philippe Jaunet, co-founders of NetLab

Philippe Jaunet: A Business Leader with Sustainability at Heart

Philippe Jaunet is the Co-Founder and CEO of NetLab, a flagship e-commerce holding based in Mauritius which owns weshare.mu, the leading online marketplace for second-use items on the Island. With 25 years of experience as a Business Leader and Entrepreneur in Europe and Africa, Philippe has participated to the creation of 30 companies in multiple industries.

Coming from an Engineering background, he has a specialization in Artificial Intelligence and Cognitive Research from École Centrale Paris, which has led to innovative ventures such as the setting-up of an Advertising 3D Studio in 2014. He has contributed to building the digital and technological capabilities of a rich portfolio of clients, namely Orange, Ray Ban, Jeep and Disney amongst others.

Philippe has also acted as a Consultant in Brand Reputation to top-notch companies such as SNCF, Cartier, Sanex, Nestlé and their likes. If Philippe remains a Business Guru, he strongly believes in equal opportunities for all. It’s with not surprise that he has created an NGO in Benin and Togo to manage a network of 30 schools and hospitals with the aim of fighting poverty in these countries.

While Leaders in the world are often reluctant to place sustainability at the core of their company’s business strategy, Philippe has been a Pioneer and can certainly be described as a Sustainability-Based Leader; understanding the correlation between Planet, People and Profits

Ludovic Balloux is the Co-Founder and COO of NetLab. He boasts 10+ years of consulting experience in economical intelligence and has been key in the digital transformation of actors evolving in healthcare, education, retail and FMCG in Europe.

Data-Driven Strategy: A vital driver for growth, ingenuity and innovation

The Data Scientist has, in less than a year, built up a community of 800,000 unique visitors in a country of 1,3 M inhabitants on weshare.mu. If he is a seasoned IT and DATA Scientist, Ludovic has developed versatile skills in Marketing, Business Development and Strategy, making him a 360° Digital Marketing professional.

Described by his peers as humanist, he holds transparency, accountability, quality and innovation dear to his heart and ensures to implement these values at every key touch points of the customer journeys he tailors.

Placing networking at the centre of his day-to-day activities, Ludovic is all for sharing and learning new ways to increase growth, iterate process optimisation, implement collaborative tools, merge team skills, and manage knowledge at its best.

Sharing is solving so drop him a line if you would like to get in touch!